The law discourages driving while drunk and while drugged. Driving while intoxicated or drugged impairs your judgment and prevents you from driving with the same care and caution as you would while sober.

If you drive while impaired by illegal substances, then you are punishable under the law. The law has a zero-tolerance policy for this unlawful act.

In the courtroom, or on the highway, drunk and drugged driving have many terminologies and acronyms. You might have heard terms such as

It is not uncommon to be unaware or confused about these terms and acronyms. Mainly because many individuals today use them interchangeably.

But what are these terms? What do they mean? Are they the same or different? Are they related to car insurance?

Which one is worse? Do they impact your car insurance rates?

What Are DUI and DWI?

They are both acronyms used to refer to driving while unstable or under the influence of a substance.

Regardless of the term used, they indicate that you were driving while under the effects of a substance that impair judgment – which is a severe crime. The impairing substance must not be alcohol, or drugs as probably indicated in these terms.

Furthermore, the substances in use must not be illegal for you to be charged with a DUI or DWI. For instance, they can be prescription drugs, narcotics, or over-the-counter medications.

The focus of the law is on impaired or influenced driving that is perilous to both the driver and other road users.

Difference Between DUI And DWI?

The difference between DUI and DWI isn’t so straightforward because there is no universal definition of DUI and DWI.

In most cases, the two violations are used to denote similar-but-separate driving behaviors – and law offenses. They are legally treated as similar criminal behaviors.

In addition, federal laws have failed to distinguish between the two terms and offenses, leaving their interpretation to vary by state.

Some states use DUI and DWI interchangeably, but other states deem them slightly different (similar-but-separate) offenses.

The reason they are two terms for apparently similar acts is based on the preference of different states. In addition, driving while intoxicated is illegal, both in the federal government and in all 50 states. However, each state prefers to refer to the offense differently.

There is a key but slight difference between DUI and DWI.

Ultimately, there appears to be no difference between DUI and DWI. Both are serious offenses denoting that the driver was exhibiting dangerous behavior while driving a vehicle.

Which Is Worse: DUI or DWI?

As mentioned earlier, depending on the state, the definitions and implications of a DUI and/or DWI will vary.

If a state recognizes DUI and DWI as separate offenses, then a DWI is often the more severe charge. This is because

DUI is deemed to have a lesser degree of influence.

In some states, the DWI charge can be reduced to a DUI charge if it’s the driver’s first drug- or alcohol-related offense and if their BAC comes to below 0.08%.

However, each of these two violations is serious. They are difficult to overturn if there was reason to charge in the first place.

What Are The DUI/DWI Penalties And Charges?

The severity of the charges DUI or DWI varies based on the laws of the state you are in. The charges are also dependent on whether you have a related history of drunk driving.

Whether or not a DWI or DUI is deemed a criminal offense — and not traffic violation depends on your state.

However, in most cases, driving while intoxicated is a serious criminal offense that can attract severe penalties including:

Note that these fines and penalties vary depending on the facts surrounding the charge. 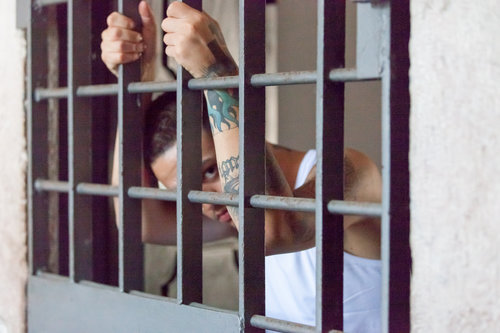 How Does A DUI/DWI Affect Your Car Insurance?

Having a DUI or DWI charge will almost certainly affect your car insurance premiums.

The calculation of car premiums involves an examination of your risk record as a driver. A DUI or DWI charge is a solemn alarm bell for any car insurance company.

When the insurance company deems you as a risky driver, you become more costly, and your car insurance rates increase. This means you will pay costly premiums if at all they agree to cover you.

Your carrier may decide not to renew your coverage at all.

In such a case, you must look for insurers that offer coverage for high-risk drivers because not all insurance companies insure drivers with a DUI or DWI charge.

How Will You Show Proof Of Cover While Your Licence Is Suspended?

The answer is the SR – 22 auto insurance.

When your license is under suspension due to a DUI/DWI conviction, you will have to ask your carrier for the SR-22 form. This form is proof of your state that your car is covered.

Also, this form is often needed for you to get your license back.

For How Long Will A DUI/DWI Stay On Your Driving Record?

You may already have higher car insurance premiums because of a DUI or DWI charge. But you do not want the charge affecting your premiums forever.

The good news is that a DUI or DWI will not stay on your driving record forever, meaning that it will not affect your insurance premiums permanently.

A recent DUI/DWI charge leads to much higher insurance rates. However, after 3 to 5 years, the bad record wears off, and your rates resume normality.

So, for instance, a DUI/DWI charge from 10 years ago may hardly affect your premium rates provided that your driving record has remained spotless in the years since.

The time limit for your DUI or DWI charge staying on your driving record is not definite and also varies from state to state. But, as long as your career deems you less risky, your record remains good.

It is illegal, both at federal and state levels, to drive while intoxicated or under the influence of a substance that impairs your judgment and ability to be cautious on the road.

The laws help prevent potentially dangerous situations that can lead to DUI or DWI charges. The higher your number of DUI/DWI offenses are on your record, the harsher your penalties become.

DUI/DWI penalties can include license suspension and increased car insurance premiums. When exposed to such a case, seek the advice of a reliable insurer and hire a resourceful attorney to advise you accordingly.